Mary Ohman is married and has two adult children and four grandchildren. Her family was personally introduced to the term Traumatic Brain Injury in 2003. She became involved with the Brain Injury Alliance of South Dakota shortly thereafter, because she wanted to become an advocate for individuals who have sustained a TBI. Mary states, “I am not a doctor, social worker, or therapist, but I am a mom. It is my intention to bring a personal perspective to the BIASD.” Mary is the current President of the BIASD.

Glenn Schumacher graduated from Goshen College (Indiana) in 2006. Glenn earned B.A. degrees in Sociology/Anthropology and Art. A near-drowning canoe accident in 2009 led to over one year of hospitalization for an anoxic brain injury. Currently, Glenn is working part-time at South Dakota State University in the Department of Agronomy, Horticulture, and Plant Science. Glenn is involved with the Brookings area Brain Injury Support Group. Glenn is the current Vice President of the BIASD.

Karen Brokenleg lost her father as a result of a severe brain injury he sustained in a motor vehicle crash in 1965. Karen began working with individuals who sustained brain injuries in 1987 while working at Sioux Valley Hospital (now Sanford Hospital) in Sioux Falls. She and a neurology nurse began the Sioux Falls Area Brain Injury Support Group. Karen was on the Board for the Rocky Mountain Regional Brain Injury Center from 1989 to 1991. Karen is the current Treasurer of the BIASD. 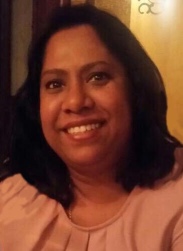 Justine Ashokar is the Director of Clinical Services at The Brain Injury Rehabilitation Center at Black Hills Works in Rapid City. She holds a Ph.D. in Clinical Psychology, with an emphasis in Neuropsychology. Justine is also a Certified Brain Injury Specialist. She has experience serving veterans, people with developmental disabilities, and people with brain injuries. Justine is working with legislators to improve services for those with brain injuries in South Dakota. She is part of the Center for Disabilities’ Brain Injury Work Group, which is working towards improving education for survivors and caregivers and bridging gaps in brain injury services in South Dakota. Justine is the Co-President of American Association of University Women, which advances equity for women and girls through advocacy, education, philanthropy and research. Justine is a Board member of the BIASD.

Doris Schumacher holds a B.A. in Elementary Education and M.A. in Learning Disabilities. She taught for 25 years, with 23 years being in the field of special education. At the end of her career, her 24 year-old son sustained an acquired brain injury due to near drowning. For the last six years, Doris and her husband have been his caregivers. Doris co-chairs the Brain Injury Support Group in Brookings. Doris is a Board member of the BIASD.

Kevin Stoterau made his career in the U.S. Military for 32.5 years. He is now Retired U.S. Army. In June 2010, he suffered a severe TBI on his way home from work as a pre-deployment trainer for the military.  He was riding his Harley home from work, and an inattentive driver turned directly in front of him, cutting off his path of travel. His bike collided with the car. Luckily, he was wearing a helmet. Kevin was in a coma for 5 weeks. He underwent surgery to remove parts of the temporal and frontal lobes of his brain. A year later, he was found fit for duty and retained in the military. Kevin states, “I am still in recovery from this and will be for the rest of my life.” Kevin is an active member of the Sioux Falls brain injury support group.